Extreme conditions for mountain rescue operations. The test of Simone Moro in Nepal 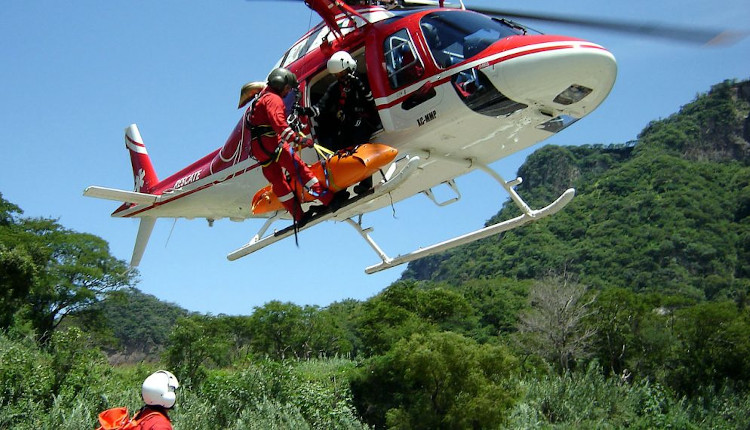 Mountain rescue operations are the most difficult ones all over the world. Health and medical knowledge are not enough, you must have also resistance, adaptation skills and also a hint of adventure spirit. However, there is a place in the world where all of these skills are not enough anyway. This is Nepal.

When the emergency call arrives, you have to be ready to face the magnificence of the Himalayas and its range, the highest peaks on Earth. Mountain rescue on the Himalayas is not a ‘daily experience’ for a rescuer, neither for any helicopter pilot, and you also need the appropriate machines and devices to fly up there.

The experience of mountain rescue in Nepal

We spoke about this kind of situations with Simone Moro, alpinist, mountain specialist and helicopter pilot. He has a great experience in Nepal climbing Himalaya and carrying out also rescue missions in this environment. We are very curious to know what are the example of scenarios he faced there, the risks and the methods to come though climatic issues. 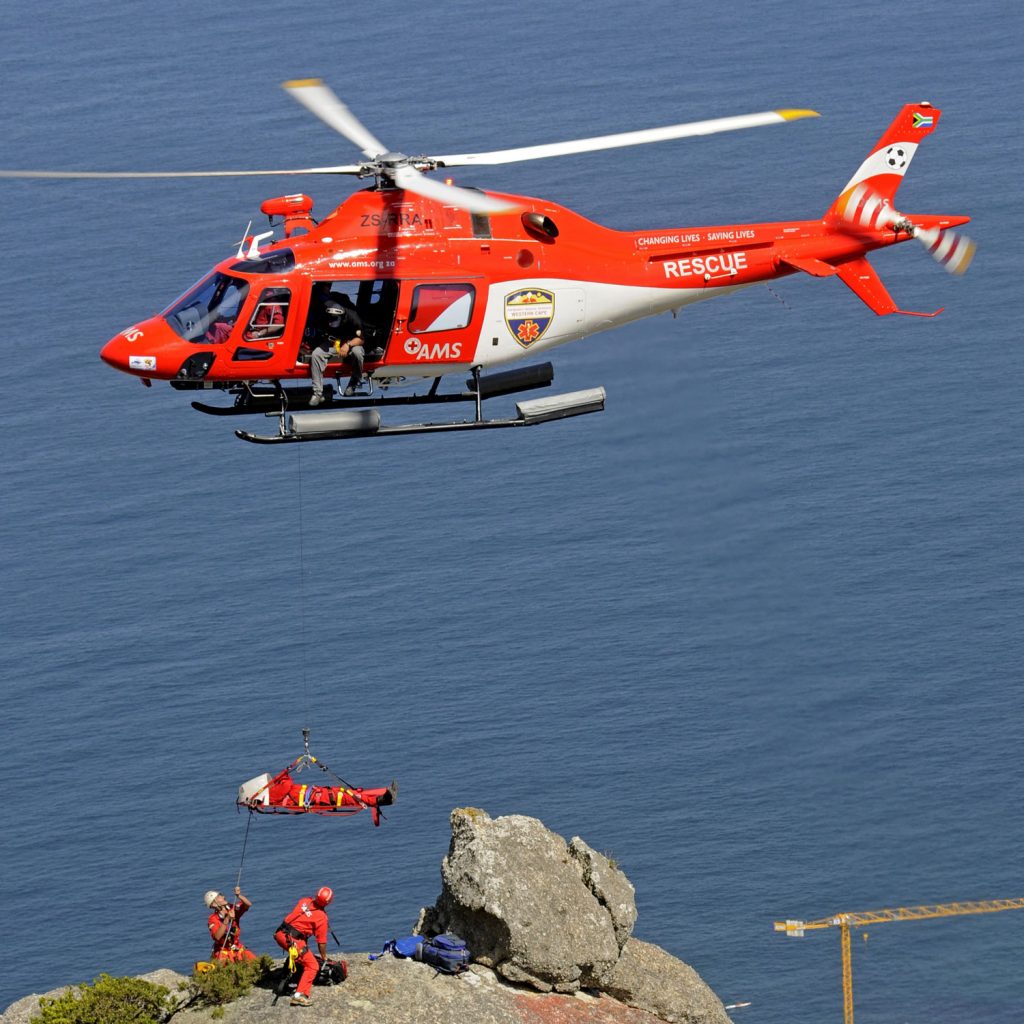 Simone: “I started working in Nepal in 1992 and I made 60 different climbing expeditions. That means that I spent more than 15 years on the highest peaks of the world facing dangerous and cold places. In these years I realized how important should be having a helicopter rescue unit in Nepal, not only for climbers and people who practice mountain sport but also for local people.

In Nepal, no one gets insurance for healthcare or to be rescued. Every service has to be paid and the services are very few. Using the knowledge of the territory that I grew in this long period of climbing, trekking and expedition I decided to involve Agusta Westland, the current Leonardo Helicopters to do something to improve rescue activities in these areas. Afterwards, I completed myself; I became a pilot and I owned a helicopter and left to Nepal to provide safety services for local populations. But after that, I met the leader of Agusta and I proposed him to improve the technical limits and certifications of the smallest of all the machines produced by Leonardo and I’m talking about the AW119 Kx. He embraced the idea, it was not easy and quite expensive making a jump from this first moment to the actual situation. We were able to ship one helicopter to Philadelphia to India, and then we flew from India to Kathmandu flying for one month performing real rescue operations. We acted with experimental tickets because we were not fully certified for 24,000 ft, yet. That was our goal and we managed to reach it. So the 119 is the single-engine helicopter with the highest altitude certification. We did rescue for local people transporting equipment for expeditions, for example. We flew regularly for 25,000 ft, we took photos, we analyzed parameters and we flew to every basecamp around all the 26,000 ft peaks of Nepal, where the conditions are completely different. We did not just land on the top of one peak, we provided real rescue service. It has been a great success. Leonardo Helicopters is now proud to have reached this certification and the current future goal is to take also other machines, maybe the 119 Trekker, the twin-engine or 139 and we are working on that.”

Mountain rescue: hypothermia and trauma rescue operations on the Himalayas

Simone: “Absolutely. First of all, we were flying so high that air is so thin and I could not take a doctor or a technician with me on board. Or, at least, I could take them up to the base of the mountain in the best case. But then I had to leave them on the ground and operate completely alone. Many times we had to remove the seats, the doors of the helicopter and flying with the minimum quantity of fuel allowed, at the limit of the empty tank to fly high, because this is the only way to fly so high. That case we can land to take persons on board, so I always hope that the injured can jump on the helicopter or at least, having a person with the patient that can help to jump on board. Then, quickly to the basecamp, refill the fuel and, put on doors and seats again, take the doctor who stabilizes the patient and we fly to Kathmandu. I know this is a rude way of rescue, but this is the only way to provide it. The single-engine is the only machine that permits us to work this way. In addition we have to remember that the rescue operation is paid by the people who get the service, so local people. And usually they have no money, so the single machine is the only one that is cheaper than others.”

Simone: “Usually, the problem that we have is the TOT, i.e. the temperature. The power is not the issue, but at 24,000 or 25,000 ft there is a super strong winds, updraft or downdraft, so strong that is nearly impossible to operate, and temperatures are very low – maybe in Kathmandu we leave that there are 30°C and up on mountains there are -40°C – and this big shock is a problem for the machine performance. Another problem is the air, there is so few oxygen in the atmosphere that we have to operate with oxygen masks on. In any case, you may not be able to rescue in a complete the comfort zone,  I mean even if in the morning there is blue sky and we are called to rescue a patient, the time that we leave Kathmandu and reach the scenario which can be two or three hours distant from the Capital, the atmosphere changes quickly and we may face a cloudy sky and the helicopter is forced to land. So I may spend the night at the basecamp, with the doctor who stabilizes the patient waiting to have the possibility to fly again. Or if the doctor is not available, I have to stabilize the patient myself, then to fly back in Kathmandu. So the quality of the air doesn’t give the helicopter the possibility to perform as usual.”

Which are the risks during mountain rescue operations?

Simone: “In high altitude, I find my home. This is a characteristic that should be mandatory for any pilot who flies on mountains. You have to love flying high, you should not suffer hypoxia, you have to be ready to sleep everywhere even if you do not have your tent. Second, it is nearly mandatory to have geographical knowledge. If for some reason you have to divert in some other airport, you can do it, refill and go home. To divert is a maneuver that you cannot do in Nepal. The only thing that can admit a diversion is to stop your mission where you are, don’t use the one litre more of kerosene, but save it. And when the conditions become better the day after, catch everything and fly back to Kathmandu. So, the advice is: you have to be an athlete. You may not be the best pilot there is, you may be a good pilot, but you should have a great self-control, should be physically fit – you should not weight over 70 kilos -, because every kilo counts, because there is a difference when you have 10 kilos fuel more or 10 kilos fuel less and you know that you can risk 22,000 or  23,000 ft. We are talking of extreme situations, but if you know how to perform well in hard conditions, so you will perform better in ordinary missions.”

A Stretcher For Daisy: Mountain Rescue Team Rescued And Evacuated A St Bernard On Scafell Pike

Mountaineers Refuse To Be Saved By The Alpine Rescue. They Will Pay For HEMS Missions