An overview of the new EMS System Bill of the Philippines, which can be considered the most important step into the Asian emergency services.

As early as 2004 during the 13th Congress, the importance of having an EMS and Trauma Care law was initially highlighted in the Senate with the passage of the SB (Senate Bill) No. 82 entitled “An Act to Improve Emergency Medical Services and Trauma Care” which was introduced by then Senator Luisa Ejercito-Estrada on June 30th, 2004 and underwent first reading and was submitted to the Health and Demography Committee on July 28th, 2004, however, its status remained pending until the subsequent Congress. 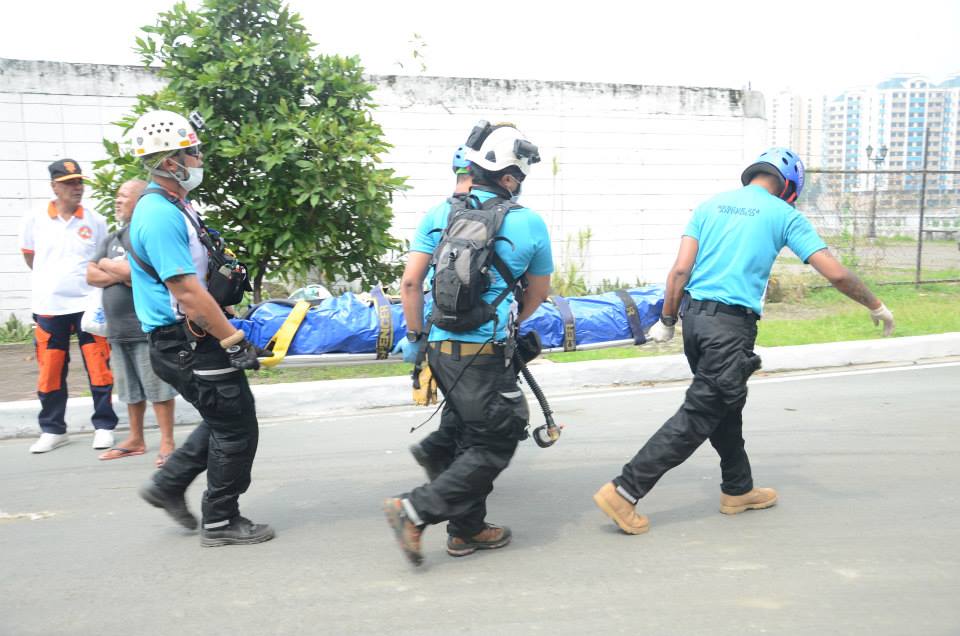 In 2008, another Senate Bill on EMS and Trauma Care (SB 2091) was introduced by Senator Miriam Defensor-Santiago during the 14th Congress and thereafter, a number of bills have been introduced pertaining to EMS in the Congress and the Senate. One version which was the SB 3579 “Pre-hospital Emergency Care Act of 2010” was approved on the 3rd reading at the Senate and certified by then President Gloria Macapagal-Arroyo for immediate enactment but unfortunately, it was not passed into a law for unknown reasons. There were new versions of the EMS Bills which were then passed in the Congress where it was eventually approved and were transmitted to the Senate but met the same unfortunate fate.

The efforts to push for the approval of the then Philippine EMS Bill were started again in 2012, however, despite the efforts of identified stakeholders and members of the Philippine College of Emergency Medicine (PCEM), the EMS Bill which was already being discussed in the Senate did not get the approval that was being sought. At this point, the version which was being pushed was the HB (House Bill) 4577 – “Pre-Hospital Emergency Care Act” that was then approved and transmitted to the Senate in June 19th, 2014 and referred to the Health and Demography and Finance Committees but its legislative status has been pending since July 30th, 2014. It was during this period when there was a remarkable exodus of trained EMTs (Emergency Medical Technicians), a good number of them were RN’s (Registered Nurses) leaving the country for more rewarding employment overseas. Losing talented EMS professionals that way fired the interest of the members of the EMS and DM (Emergency Medical Services and Disaster Medicine) Committee of the Philippine College of Emergency Medicine
(PCEM) to start efforts to push for the approval of the Philippine EMS bill afresh. 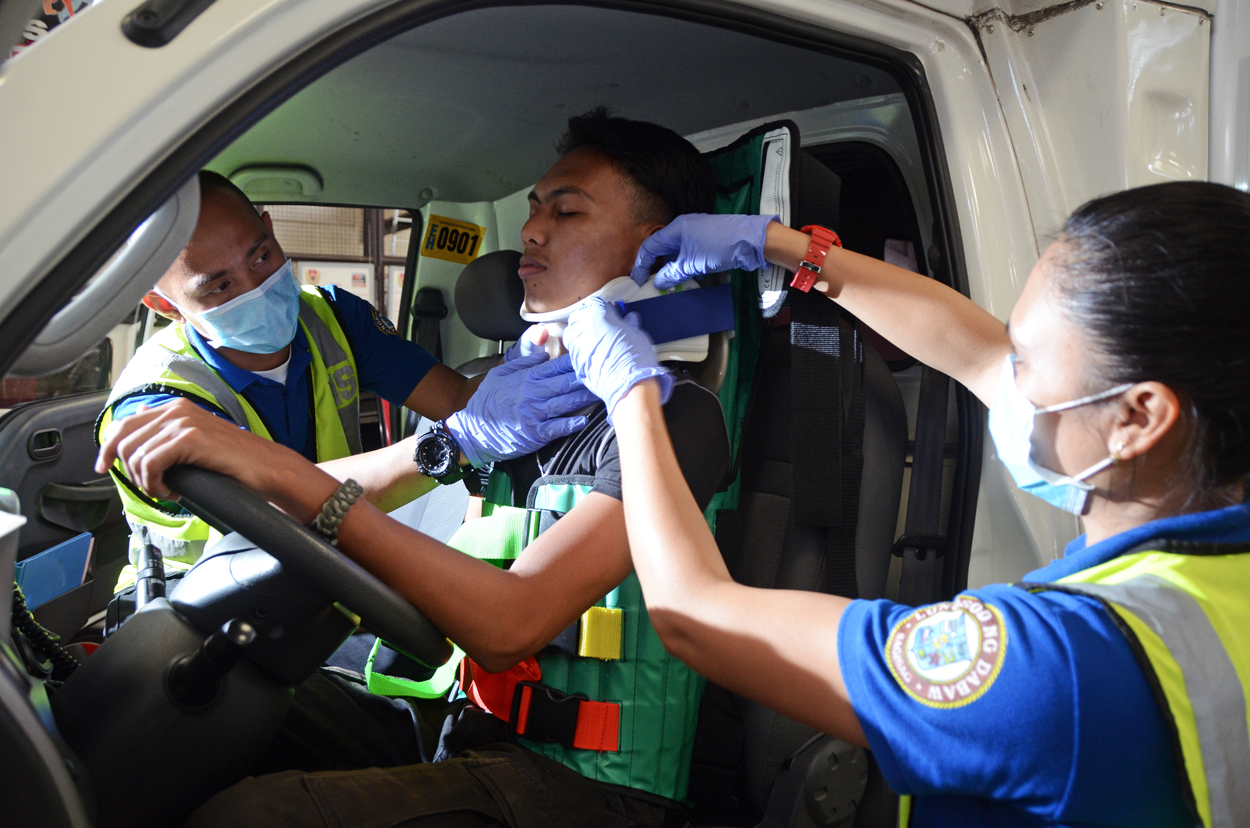 There were many strategies suggested to have a louder voice for the EMS Bill and a set of reasons why the EMS Bill should be pushed into a law were also discussed and summarized as follows: 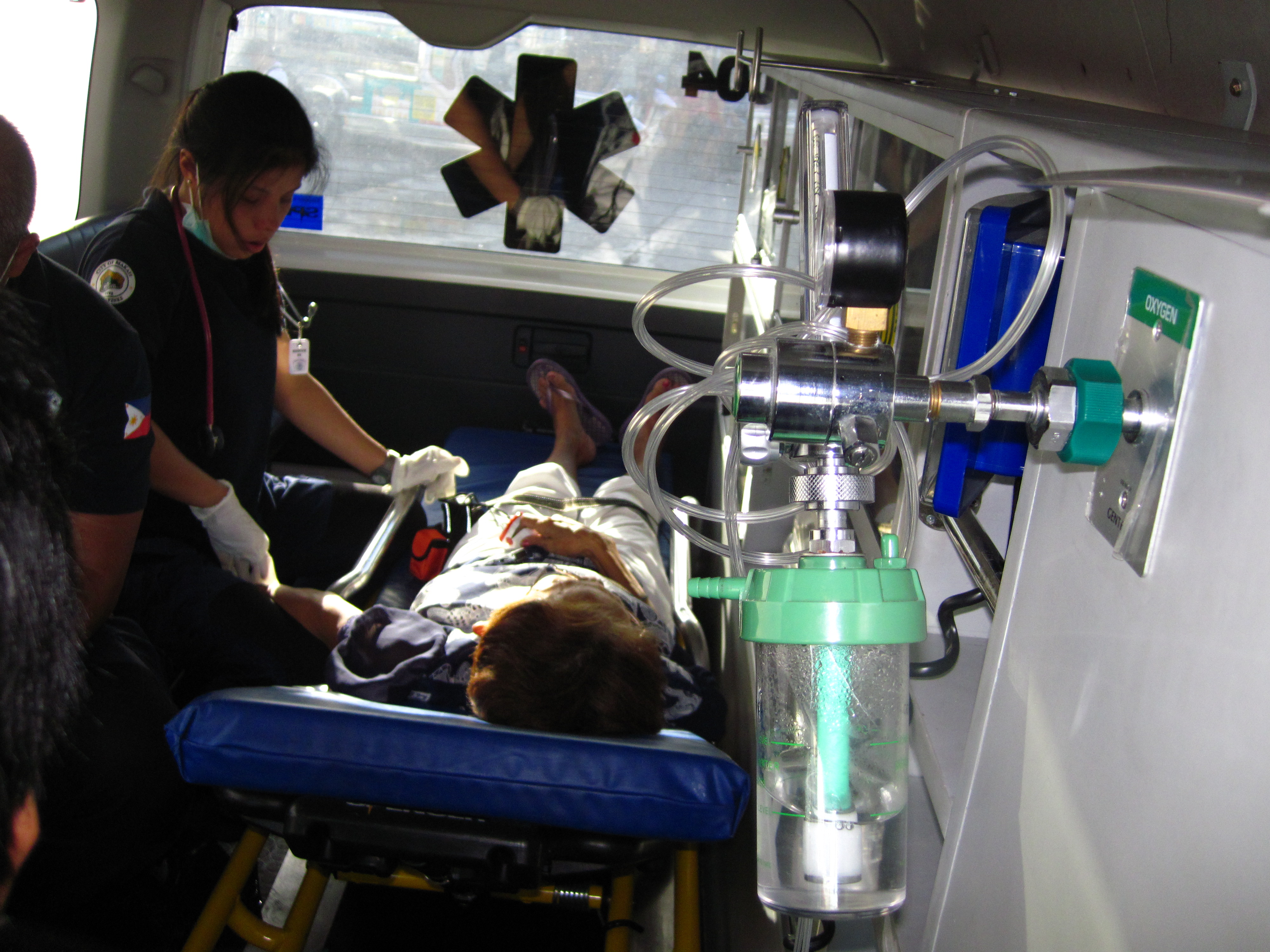 The members of the PCEM EMS and DM Committee were then able to meet with Dr. Gloria Balboa, the then new DOH-Health Emergency Management Bureau (HEMB) Director, on October 27th, 2015. She gave her inputs regarding the EMS Bill and further agreed with the salient reasons presented on why the Philippine EMS System Bill should be passed as a law the soonest possible time and expressed her full support. Through the guidance of concerned individuals who knew about the journey of the Philippine EMS Bill (HB 4577), the PCEM EMS and DM Committee, on November 4th, 2015, was able to seek the assistance of the Presidential Legislative Liaison Office (PLLO) which looked into the avenues that can be tapped for the Philippine EMS Bill to be considered as urgent and eventually be passed into a law in the 16th Congress but unfortunately, there were other Bills that were being considered as urgent by the Senate.

This however, did not deter the members of the core group to continue meeting up and finding ways to pursue this goal in the succeeding months with the annual EMS Week celebration on May 16th – 21st, 2016 as one of the major activities which was noted to be a successful one. Favorable developments also ensued wherein the CPR Training in Schools Act (HB 6204) popularly known as the “Samboy Lim” Bill was approved by the Congress and was introduced in the Senate as S.B. 3016 with the same title on November 26th, 2015 which became SB 3204, as approved by the Senate on May 23rd, 2016 and was adopted as an amendment to HB 6204 by the House of Representatives on the same date and eventually lapsed into a law known as Republic Act 10871 “Basic Life Support Training in Schools Act” on July 17th, 2016 even without the signature of the then President Aquino in accordance with the Article VI Section 27 (1) of the Constitution. The EMS Bill HB 4577 however, was not fortunate enough to have same approval but the EMS Bill core group continued to meet, discuss and polish the contents of the EMS Bill which has been modified to include the EMS System as a whole. 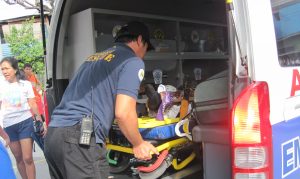 The annual EMS Week was again successfully celebrated on May 14th – 20th, 2017 and the activity highlights were the Ambulance Parade, EMS Leadership and Medical Workshop and, EMS Skills Competition. An EMS Forum was also held and one of the topics discussed was on how to move further with our EMS endeavors including the exchange on ideas on how to continue lobbying for the EMS Bill to finally become a law. For this year, the annual EMS Week was held in Cebu City on May 15th- 16th, 2018 which highlighted the urgent need to have an EMS System Law in the land.

On January 30th, 2018, the Committee on Health of the 17th Congress met and what was agreed upon was to consolidate the present 4 EMS System House Bills into one solid EMS System Bill and on June 20th, 2018, a TWG (Technical Working Group) for the EMSS Bill was formed in a meeting spearheaded by Cong. Angelita Helen Tan and is set to be meeting regularly to pursue the planned consolidation of the mentioned 4 EMSS House Bills. A workshop on the Institutionalization of the EMS System was conducted and sponsored by the HEMB (Health Emergency Management Bureau) of the DOH (Department of Health) on August 15th to 17th 2018, which was attended by participants from the different government and public agencies presently involved in the existing EMS system of the country.
In conjunction with the efforts for the further improvement of the training aspect of the EMS System, there were also several meetings that were held with the TESDA (Technical Education and Skills Development Authority) as the lead and the various representatives of different government and private agencies such as the DOH-HEMB, Philippine Red Cross, Philippine College of Emergency Medicine,
as well as the private stakeholders who are directly involved with the several existing EMT training institutions in the country.

This was concerning about the proposed changes to the EMT Curriculum that now needs to be updated and reviewed to meet the discussed ASEAN standards. As of this writing, there are 21 versions of the EMS Bill from the 1st regular session of the 13th Congress to the recently concluded 16th Congress and to the present 17th Congress. There were 10 versions of the EMS Bills filed in the Senate and 11 versions filed in the Congress The Philippines remains 3rd in the rankings of countries with highest exposure
and risks on the World Risk Index for years 2015-2016. For 2017, a five-year analysis of the World Risk Index was done instead and the Philippines retained its 3rd ranking among countries with highest exposure and risk pertaining to natural disasters. All pertinent things considered, the core group aims to make sure that the country will finally have an EMS System Law that will definitely pave the way
for an organized response to any kind of medical or trauma emergency with adequate equipment and well-trained EMS professionals and that ensures the greater survival of patients needing the best possible pre-hospital and emergency care that they only deserve, regardless of their capacity to pay. 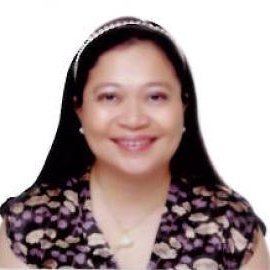 Too Few Nurses In The Philippines. Is The Problem Related To The Salary?

Hostage crisis – How Difficult Is The Approach For Emergency Physicians?

Philippines EMS: The Hope For A Better Management